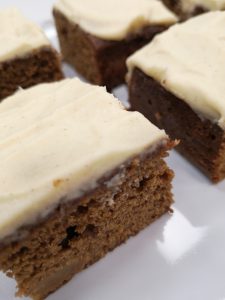 I was delighted to be invited back as a guest onto BBC Radio York for Bake of The Day. The theme was a traditional cake with a twist and so I began to think about which recipe I could use and how I could adapt it. The time of year was relevant , as even though people had probably over indulged at Christmas ,I felt there was still a desire to have cake that was warming and satisfying .

So what cakes are seasonal for January ? I knew I wanted to incorporate pears and I remembered my son’s favourite recipe  , a pear and cinnamon tray bake . After much researching I came up with multitudes of gingerbread recipes and that led me to thinking about how I could incorporate the pears . After all , pears and spices go hand in hand in baking , like a hand in a glove . The pivotal moment was the recipe for the cinnamon frosting , wow I had nailed it  and the result is this recipe , an amalgamation of 3 recipes rolled into one .

7ml lemon juice (approx. ½ lemons) to add to the milk above for the soured milk

For the cinnamon frosting: 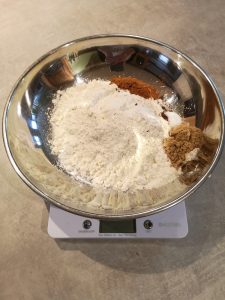 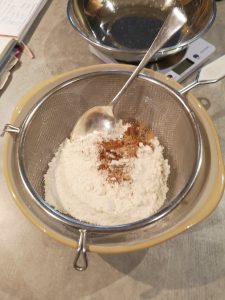 4.Prepare the pears – peel them, core them and then cut into small dice. They will keep their shape during cooking so they do need to be quite small. Keep them aside in a small bowl 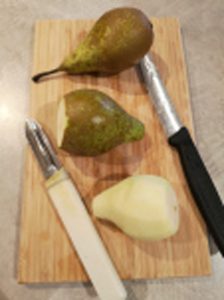 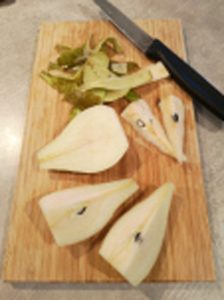 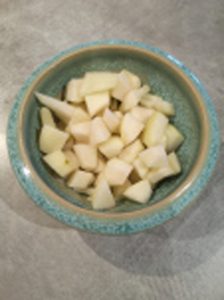 5.To make the soured milk measure out 118ml of milk into a measuring jug then squeeze ½ lemon and measure out 7ml of the juice . Add this to the milk in the jug, whisking thoroughly. Leave to stand for 5 mins. When you lift the whisk out after 5 mins it should look like it has curdled , this is exactly what you want

6.Melt the butter in a small pan and once melted leave to cool otherwise it may curdle the eggs when added at the next stage 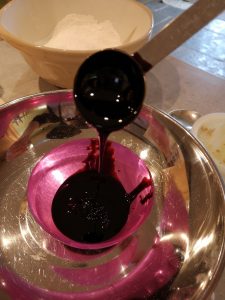 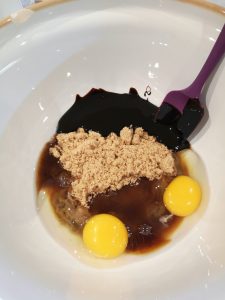 8.Beat all the ingredients together , I use a hand held electric whisk , and beat for about one minute , until they all well combined 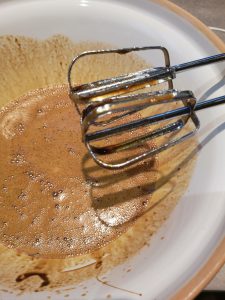 9.Add, a third at a time , the flour, bicarb of soda, ginger , cinnamon,cloves and salt , folding in gently 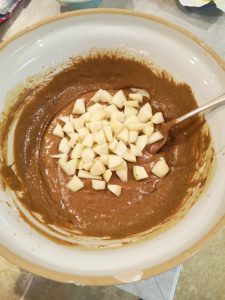 11.Carefully pour into the baking tin and level out , don’t worry if there is the odd pear sticking up 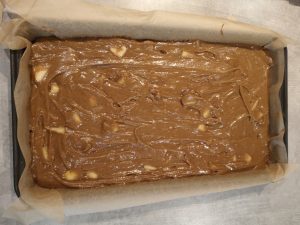 12.Bake for approx. 40 to 45 mins depending on your oven, mine took 44 mins. A skewer needs to come out clean though when inserted in the centre 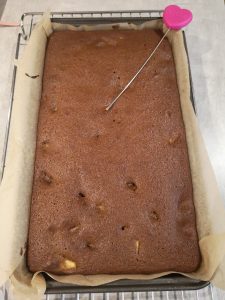 13.Leave to cool completely in the tin on a wire rack before lifting out and icing

For the cinnamon frosting

14.Beat the butter until smooth , this needs to be done before adding the cream cheese to prevent any lumps forming ( I do this in my food processor)

16.Sift the icing sugar and cinnamon and add at intervals until all combined

17.Spread the frosting on top of the cake

Notes : this is best made a couple of days in advance but the cake ,without the frosting, can also be frozen , defrosted then topped with the frosting 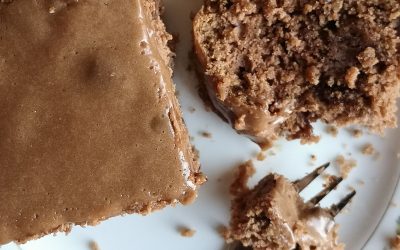 Let me explain. One of my friends told me she had made my recipe for the sticky date flapjack which I wrote about in my blog titled My Hungry Boys.... 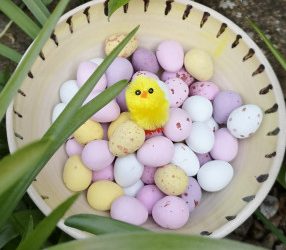 My kitchen ramblings at the moment all seem to have a common thread running through them.....lock down, food, ingredients, not the right... 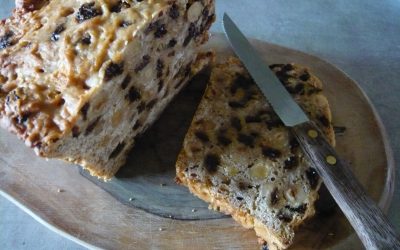 Sometimes, just sometimes stuff needs to give way to the curve balls life throws at us . I made myself sit in the garden yesterday afternoon to try...

By continuing to use the site, you agree to the use of cookies. more information